Should I invest in a mobile app? How much will it cost? What kind of app will suit my business?what is mobile app development process all about?

If you are mulling over such questions on mobile apps, then gaining a few insights on the mobile app development process will smoothen your way towards making a profitable business decision.

According to Statista, the number of smartphone users worldwide was 1.57 billion in 2014,  and the number is expected to rise to 2.87 billion by 2020. Mobile apps have revolutionized the way people think, read, and basically lead their lives. From utility apps to productivity apps, financial apps to game apps, there is an app for every facet of our lives. Statista claims that 65 billion Android apps and 140 billion iOS apps have been downloaded from the Google play and the Apple stores respectively. The sheer number of downloads of the apps is a testament to the fact that the rate of growth of businesses is definitely linked to their reach to customers.

Hence, let’s begin with the question:

Why invest in a mobile app?

There are many compelling reasons for investing in a mobile app, some of them are:

Now that we know why it’s smart to invest in a smartphone app, let’s address the next question:

How much does it cost?

To effectively estimate the cost of a mobile app, it is important to having a working knowledge of the app development process. Knowing this will also help you in choosing the best kind of app suitable for your product or service.

The following infographic by Vtrio details the development process of the mobiles apps: 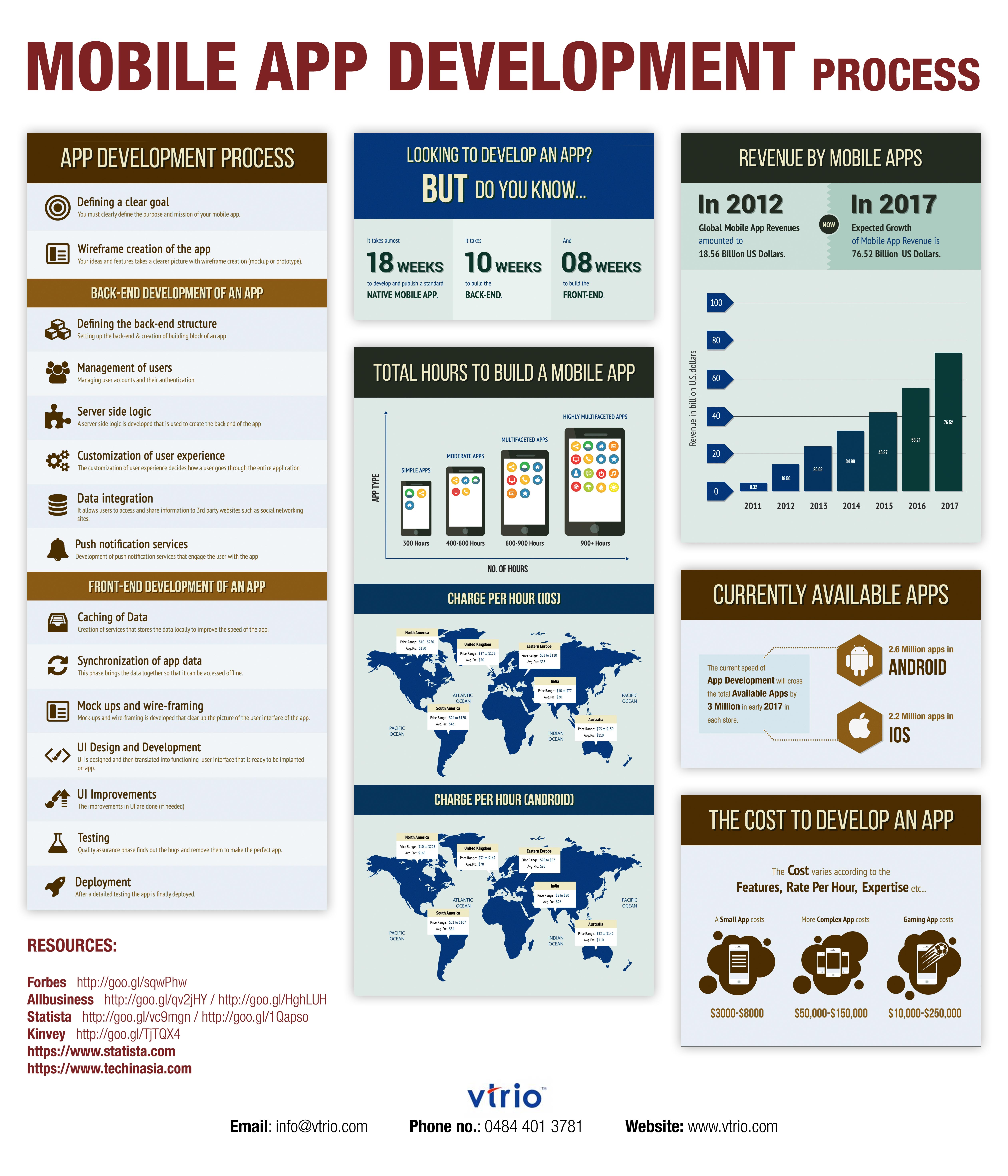 Broadly there are two kinds of mobile apps, Native and Hybrid. iPhone and Android specific apps are generally native apps whereas Hybrid apps are developed to be used across platforms. The average time to develop a native mobile application is supposed to be 18 weeks and the cost could be anywhere from $3000 for a simple utility app to $250000 for a sophisticated gaming app.

As illustrated in the infographic, a mobile application development process consists of two major parts:

An interesting factor mentioned in the infographic is the revenue from the mobile apps, from $18.52 billion in 2012, it is expected to grow by more than four times, which is$76.52 billion by 2017. Hence, the exponential growth in revenue will likely outweigh the app development cost in most cases.

Hence before signing up for the development of your business app, do remember the following points:

Equipped with these insights, making a decision on the necessity, cost, and kind of a mobile app for your business growth must be a breeze. Hope you all liked our blog (mobile app development process).

If you would like to learn more about mobile apps or would like to consult on the necessity of an app for your business, do visit Vtrio site or drop us a mail: info@vtrio.com 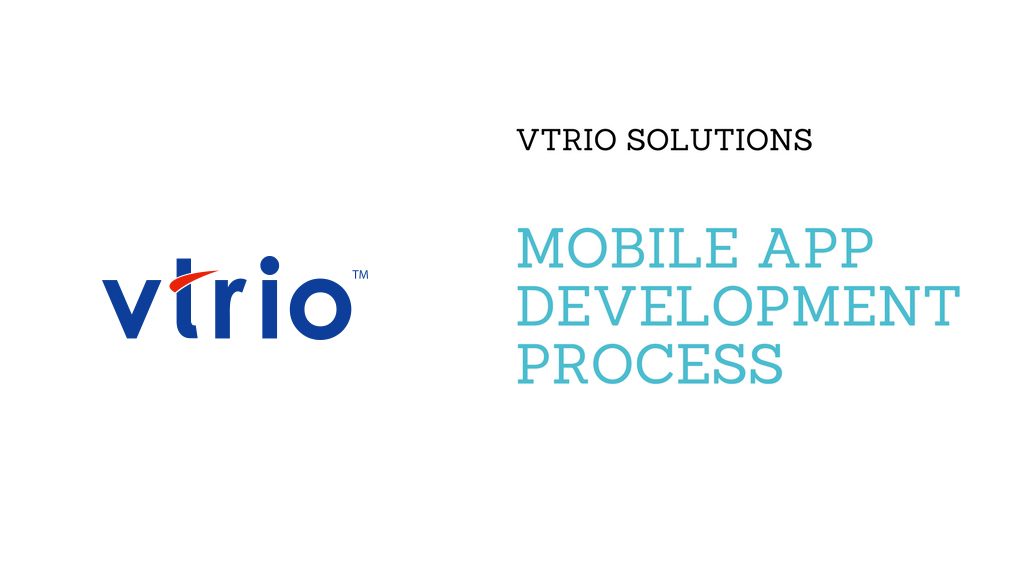